What a difference a shoebox can make 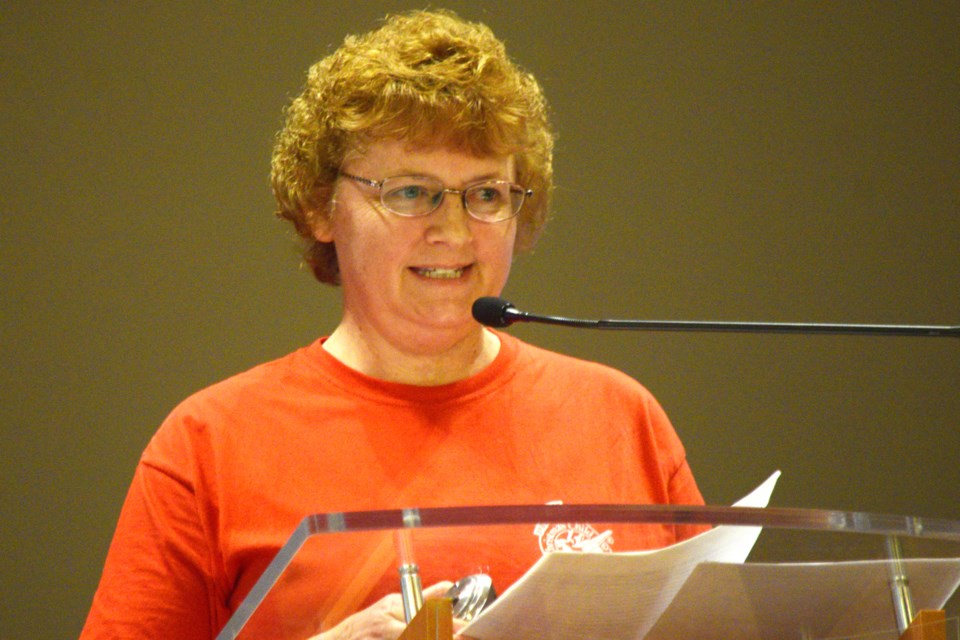 BARREHAD - Can the life of a child be changed by a shoebox?

That is the premise of Operation Christmas Child (OCC), a program run by Samaritan’s Purse Canada, a non-denominational evangelical Christian organization founded in 1970.

For more than 40 years Samaritan’s Purse Canada has provided spiritual and physical aid to people in need and distribute shoeboxes filled with Christmas gifts to needy kids in desperate worldwide.

So, can a child’s life be changed by shoebox?

This spring she had the opportunity to go to Costa Rica and join a Canadian OCC team distributing shoeboxes in a small village.

“Long before a shoebox gets to a boy or girl Samaritan’s Purse sends someone to prepare for the shoeboxes arrival,” she told the congregation of Barrhead Alliance Church Nov. 24.

For the last 12 years, the church has spearheaded the community’s OCC effort.

Even before shoeboxes arrive on the country’s shores, Gibbard said an OCC official meets with a team of leaders within the country to visit community organizations in communities across their nation looking for groups “who want to spread the Gospel of Jesus Christ” to children.

The OCC then helps the organization to host a child-friendly event, as well as make sure they have a plan on how they are going to distribute the boxes to the children. More often than not, as part of this event, children are invited to participate in the Greatest Journey, a 12-week discipleship program.

“So each country is fully prepared to receive, deliver, distribute and follow up on each box, without having any team come from the outside,” she said.

Having said that, OCC does organize international volunteers to work alongside the local organizations so they can see what impact OCC is having in the community.

“But that is a small minority,” Gibbard said. “Ninety-eight per cent of the boxes are solely distributed by the local volunteers.”

Every day, Gibbard’s international OCC team would follow the convoy of trucks filled with shoeboxes to distribute.

Most often the distribution would take place at a community centre, but sometimes it would be at the community church.

They would then help the local team unload and sort the boxes into gender and age groups.

“The boxes were then covered so that they would be a surprise,” she said.

The children would then come into the community centre to take part in whatever program the local group planned, which included learning about the gospel and entertainment — one community centre had a clown perform, in another it was a sock puppet production — as well as a snack.

The boxes were then distributed, along with a copy of the Greatest Journey.

“But they weren’t allowed to open them until everyone received their box. Then we would do this big countdown and then there was this gigantic rip and tear session just like Christmas morning. It was just an amazing thing to see,” Gibbard said.

She added that in 2018, due to the generosity of Canadians, more than 520,000 needy children from around the world received shoeboxes.

“And 30,000 children per day hear the gospel and 106,000 children committed their lives to Jesus Christ ... so on behalf of all the workers who have spent weeks training to give to the children, thank you.”