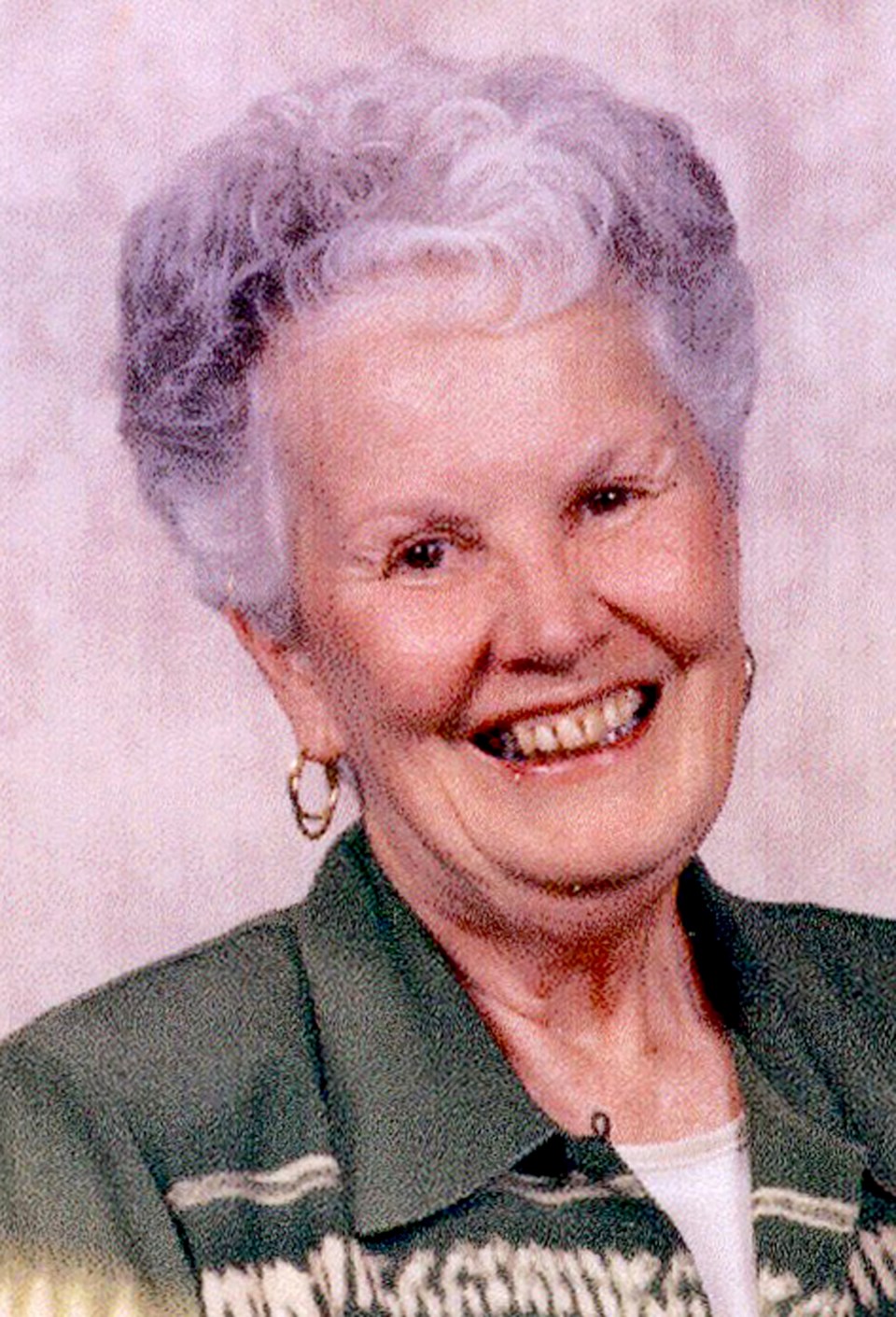 It is with deep sadness that the family of Doreen Elizabeth Hagen announces her peaceful passing March 3, 2020, in Barrhead, Alberta. Doreen was born in Calgary, AB July 25, 1929, to Don and Lillian Field. During her high school years, she completed her piano Conservatory and taught piano as well as working part-time at the Rimbey Drug store to earn extra money and gain experience to enroll in Pharmacy at the University of Alberta. During her last year of University, she met and married Gene Hagen, a graduate of Business studies from Forestburg, AB in 1951. The next few years were busy ones as Doreen and Gene raised four children, worked at their respective professions, as well as becoming members in the Sweet Adelines and Barbershop singers for the next 25 years. After many years in Calgary and Edmonton, Doreen, and Gene bought property on Lac La Nonne and built their retirement home. Not quite ready to retire, Doreen worked part-time at the Barrhead Co-op Pharmacy. The family spent many happy and memorable times at Lac La Nonne, including Hagen Clan Reunions complete with fishing derby and horseshoe tournaments. In 1994, Doreen sadly lost her oldest daughter Janice, and later that year her husband Gene. Being stubborn and tenacious as always she continued on her own at Lac La Nonne, getting involved in many community volunteer programs, including Dunstable School Grade 2 to 4 reading programs, Meals On Wheels, census taking, and Lac La Nonne Lake Association. It was as a member of the Lake Association that she met fellow member Harvey Thompson, and they would later become dear friends and living companions. Doreen’s family want to lovingly acknowledge the great companionship and care from Harvey during their time together. Doreen was predeceased by her parents Don and Lillian Field, her brother, Douglas Field, her husband Gene and her daughter Janice. Doreen is survived by her sister, Deanna (Kelly) Moss of Winnipeg; her son, Rick (Andrea) Hagen and their daughter, Isabella of Whitecourt; son Scott (Michelle) Hagen of Kelowna, B.C., daughter Kim Morris; grandchildren; Deanna (T.J.) Cederstrand, Cale (Laurence) Morris, great-grandson, Nixon Cederstrand, all of Hinton, AB. Doreen’s family would like to extend a sincere and heartfelt thank you to Dr. Bernes and the Nursing Staff at the Barrhead Hospital for their professional compassionate care during Mom’s many visits. There will be a Celebration of Doreen’s Life to take place at a later date and place to be announced by the family.

ABRAMS Dorothy
Mar 20, 2020 9:02 AM
THOMPSON Winnifred Jean
Mar 20, 2020 9:01 AM
Comments
We welcome your feedback and encourage you to share your thoughts on this story. We ask that you be respectful of others and their points of view, refrain from personal attacks and stay on topic. To learn about our commenting policies and how we moderate, please read our Community Guidelines.